See the Cliffs of Moher

The Cliffs of Moher Walk was opened in 2013 and has been a huge attraction for experienced and non experienced walkers. This is one of Ireland’s most well-known treasures. It’s only to be expected that people want to view these amazing cliffs from as many angles as possible. For walking enthusiast everywhere this is a dream walking trail.

the Cliffs of Moher

Most parts of the walking path are flat with a very small rise in places. If you are like most you will want to make plenty of stops along the way to take photos and take in the amazing views before you. Along the way, you will see the Aran Islands, Galway Bay, Aill na Searrach, the birds on the Great Sea Stack, and the Wild Atlantic Ocea below. You might even see a Wedding at the Cliffs of Moher! 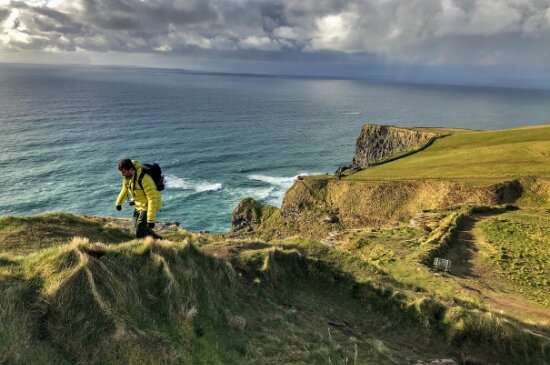 You have a few options for walking this route. You can do the entire coastline or essentially walk half.

1. Walk from the Cliffs of Moher Visitor Centre to Doolin Village (8 km/2.5-3 hours)

All options provide stunning views so you can’t really go wrong. It is not recommended to embark on this walk in poor weather conditions. The path is situated along the Cliffs edge and walkers are warned not to approach the edge. The path is exposed so it is also recommended to supervise children at all time, but not recommended for children under 12 years of age. Dogs are not permitted on the coastal walk. 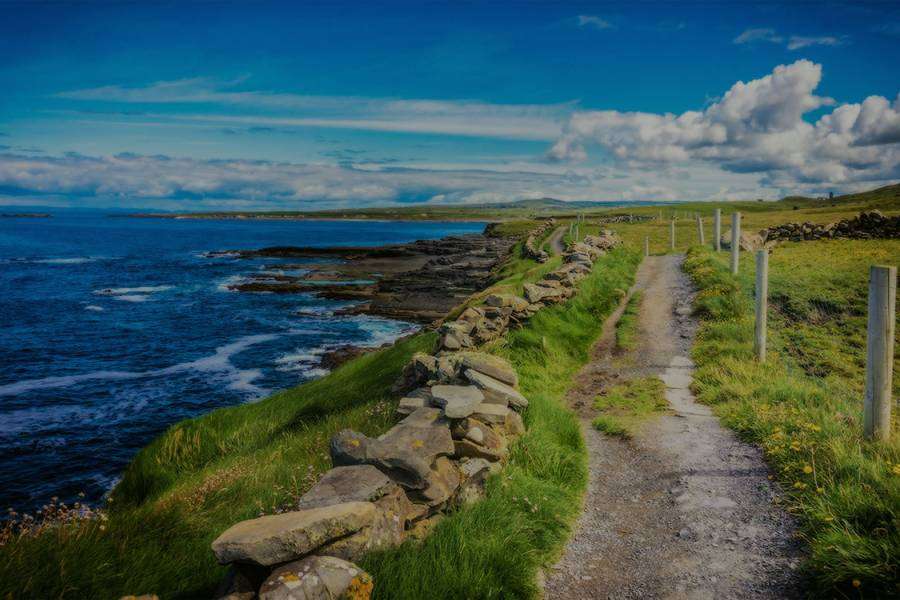 The Ultimate Guide to the

Puffins are one of the major attraction’s on our Cliffs of Moher Cruises. They are distinct in their size and of course colorful markings.
During their breeding season which is between April to late July, The Cliffs of Moher are home to over 7,000 puffins. For the winter months puffins live at sea! Recent research from the Coastal and Marine Research Centre in Cork has shown that Puffins can travel across the entire Atlantic as far as Canada when they leave Ireland.

Puffins actually mate for life! They also return to the same burrow every year at the Cliffs of Moher. They only produce one offspring in their entire lives. Puffins chicks have a diet of mostly of sand eels they are about 6 weeksw old. The chick is then left on its own to fend for itself.  After about a week of starvation when it realizes that the food supply has been cut off, the chick will crawl out of the burrow and venture out to sea.

Some more facts on Puffins you can see on a Cliffs of Moher Cruise;

Puffins are about 10 inches tall and weighs about 500 grams.

Puffins short wings are adapted for flying under water. They can dive down to 60 metres and stay below the surface for over 2 minutes. 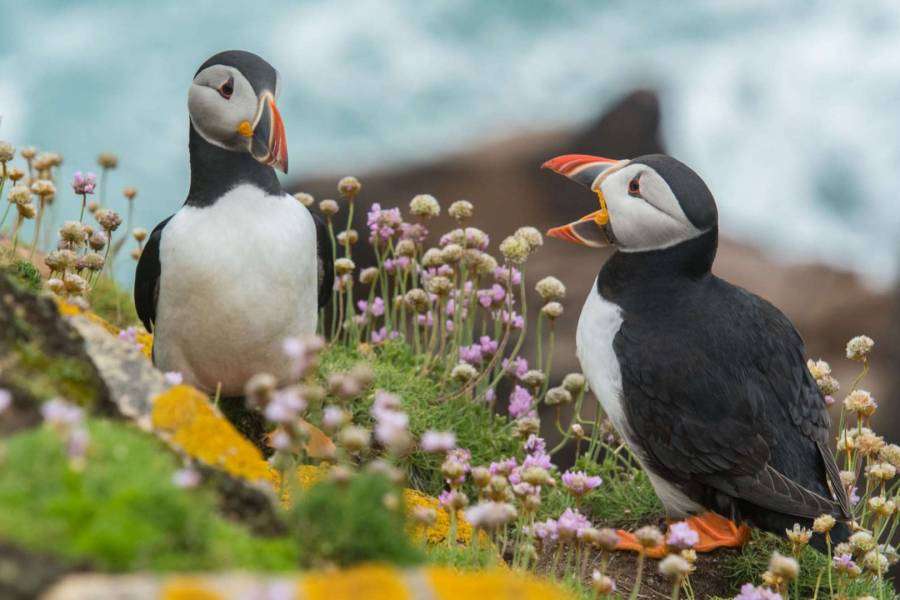 © Copyright Cliffs of Moher Cruises 2011 - 2022
Close
We use cookies to ensure that we give you the best experience on our website. If you continue to use this site we will assume that you are happy with it.AcceptDeclineCookies Policy
You can revoke your consent any time using the Revoke consent button.Revoke consent